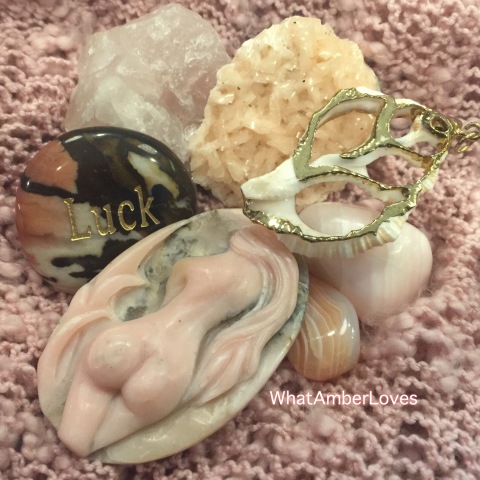 My Power Gemstone of the Day! 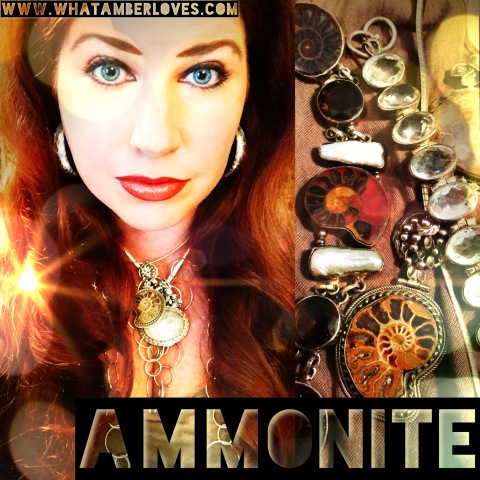 The Ammonite is a very powerful earth healing fossil. Its spiral shape symbolizes continual change and evolution. Ammonites have absorbed cosmic energy over eons of time and help to stimulate the life force (Chi) within. Ammonites are often used for activating Kundalini and life path energies. The Ammonite is also often recommended to put in the home to attract health, prosperity and success.

The Ammonite draws off all negative energies. Think of the Ammonite spirals as a filter, drawing in these dense energies which are no longer needed, moving them through the spirals and releasing them as fresh, positive, loving life force energies.

Ammonites are often of gem quality when polished. Physically, Ammonites can help to increase stamina and vitality! 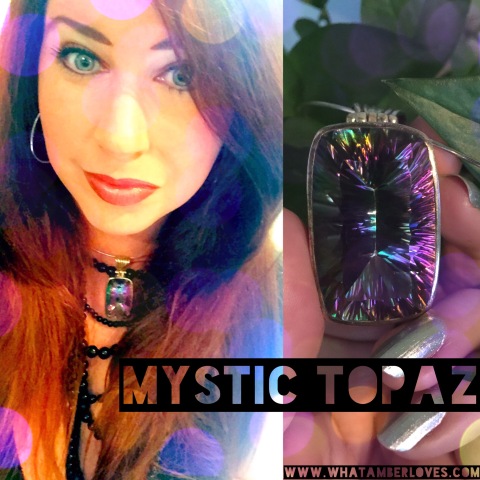 My “go to” pendant of the day is MYSTIC TOPAZ:
Mystic Topaz is a trade name given to (usually) colourless topaz that has had a very thin layer of titanium metal coated to the pavilion of the cut stone. The very thin layer of metal causes interference patterns with light entering the stone, forming a rainbow of iridescent colours, similar to the colour range you see with oil on water.
Mystic Fire Topaz is made through a special process combining science and mother nature to produce some of the breathtaking and vibrant color combinations available in the world in gemstones. This technique is used on genuine natural topaz gemstones to which titanium, (one of the strongest metals in the world), are bonded together at the very molecular level and become one on the surface of the topaz gem stones after the bonding process occurs.

MEANING:
Mystic topaz promotes kindness, compassion and empathy while enhancing awareness, thus helping one achieve dreams and goals and to exert change in their world. Mystic topaz is natural topaz that has been coated to enhance it, therefore, the beliefs that are attributed to natural topaz apply to it. The ancient Greeks believed that topaz was a powerful stone that could increase the strength of the wearer and even provide invisibility in desperate times. Both the ancient Egyptians and the Romans associated topaz with the Sun God. Imperial topaz is the birthstone for those born in November and for those born under the zodiacal sign of Sagittarius. It is also the gemstone that commemorates the 23rd wedding anniversary. Blue topaz is the birthstone for December and is used to commemorate the 4th wedding anniversary. In traditional belief systems, topaz is said to unlock the throat chakra, which facilitates communication and self-expression. Therefore, topaz is thought to be beneficial to artists, writers, public speakers and others who are concerned with self-expression.